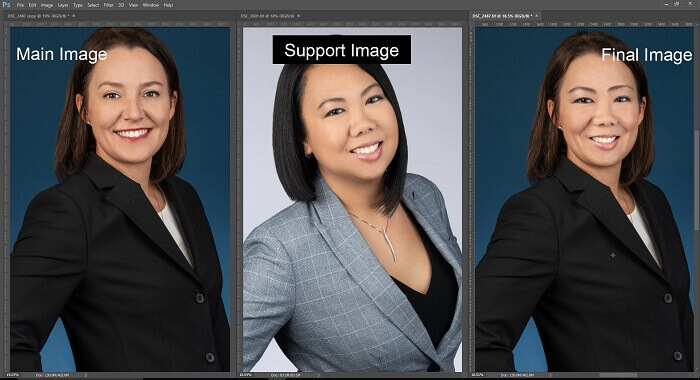 How to do Face Swap easily in Photoshop

Face Swap is a very important and authentic work of Adobe Photoshop. Before knowing how to do Face Swap easily in Photoshop you have to understand what is Face Swap? Why Face Swap is needed?

Basically Face Swap means cutting one face from an image and place it in a different image through Photoshop.

There are two types of face swap, one is replacing same person face image in his/her another image. Another is between two different people replacing one persons face with another person’s face

Why Face Swap service is needed

Face Swap is needed for different purposes. Face swap is not always an ethical/legal work. If Face Swap is not used for insulting a person socially or personally and blackmailing someone then it will not be considered as unethical or illegal.

Face Swap is basically used for editing kids or children’s image. Besides that Face Swap is needed to edit group image.

So before doing Face swap a designer should have a clear knowledge of purpose of this job. For example: why and where the edited image will be used. If it’s needed designer have to collect written agreement. Because in future if any Legal problems arise for the edited image the designer can defend himself/herself. As internationally it is considered as a punishable crime but not in all cases.

Below we will discuss about two different types of face swap.

Basically same person to same person face swap is used in baby photography and to edit group photograph. Some times when a baby’s photo is being clicked he/she does not keep steady or he/she do not understand that there photo is being taken and he/she have to pose or keep steady, so the photographer click random pictures and later it can be seen that one image face looks perfect but the body parts or other parts is not looking perfect, in that case we will chose a picture which body posture looks perfect but face part looks imperfect then we will cut the face part and place it in that image which body pasture looks perfect.

Sometimes when we take a group image everyone’s picture might not be perfect at once. Maybe someone’s eyes are closed. Maybe someone is looking at other side. In these cases face swap is needed.

Process of How to do Face Swap easily in Photoshop

2. Before opening the image we have to be careful that the face of both images should be at same side or images angel should be same side. 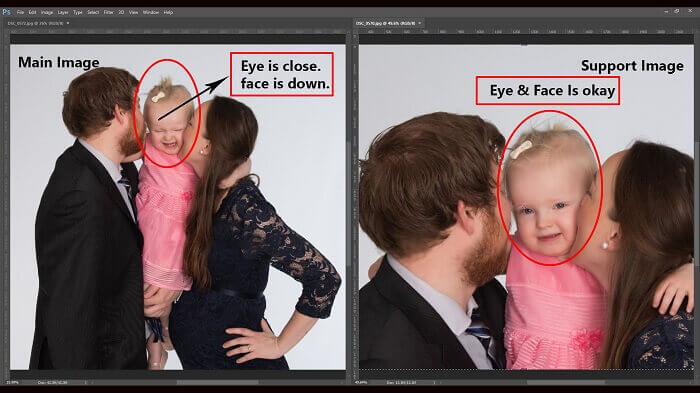 Now we have cut the baby face from the right side image or support image and place it in the left side image or main image.
We have to select Lasso tool by keeping the support image in front. Or we have to take a tool with which we can do selection for example- Polygonal Lasso tool, Magnetic Lasso tool, Pen tool etc. Now with any of the above mentioned tools we have to select the parts of the image as needed and cut it out. 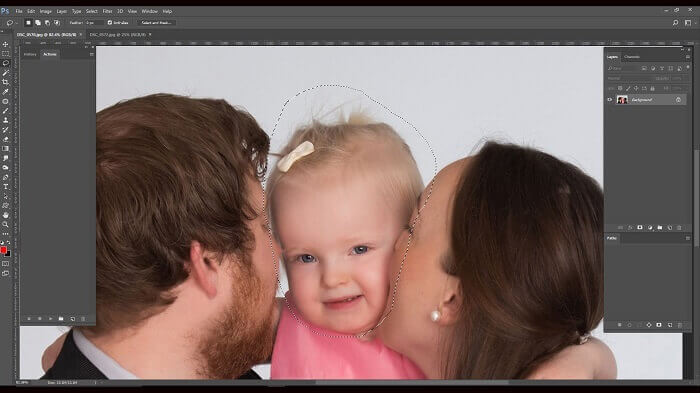 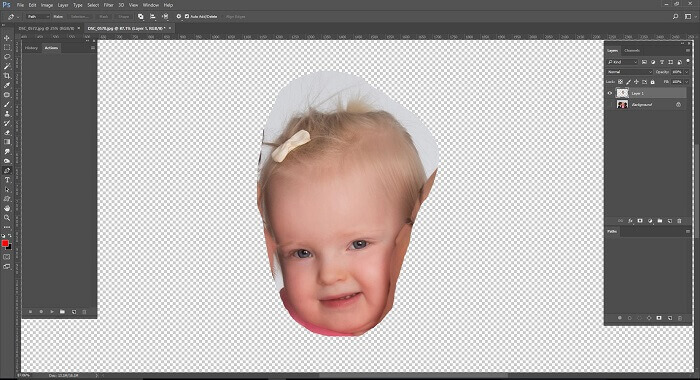 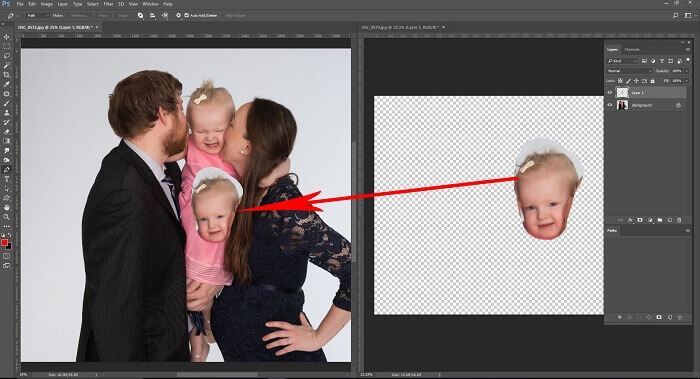 Now we have to place the baby face perfectly in the main image, while placing the image we have to be careful that the images eyes, nose and mouth should in right position. 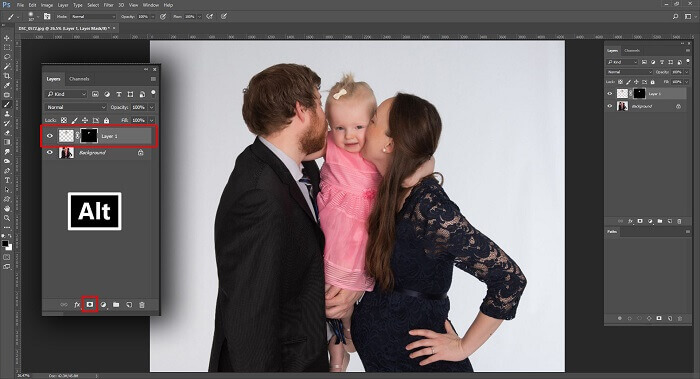 By this way we can make a bad image look good with the help face swap technique.

Same as before we will open two selected image in Adobe Photoshop. Here we will assume no-1 image as main image and no-2 image as support image. 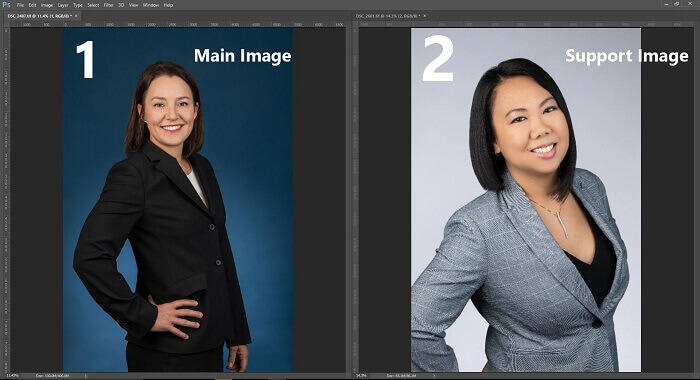 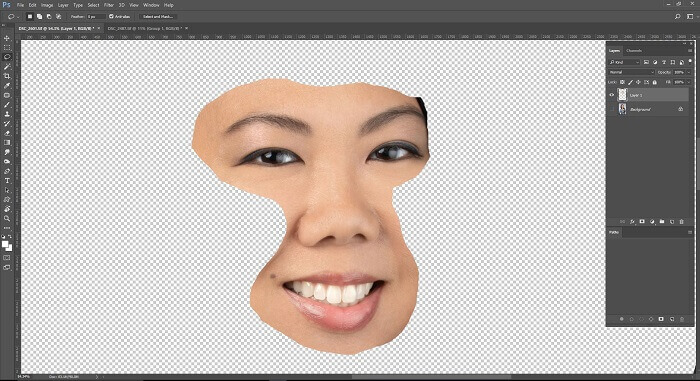 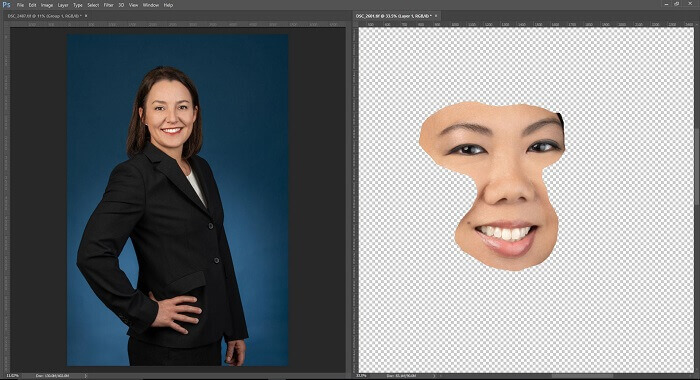 Now we have to place the image part of new layer which we take from the support image on the main image. We have to place the support face on the main images face flawlessly. Same way that was set up before. To match the nose, eyes, mouth part flawlessly we have to minimize the opacity of support layer so that we can see the underneath image clearly. 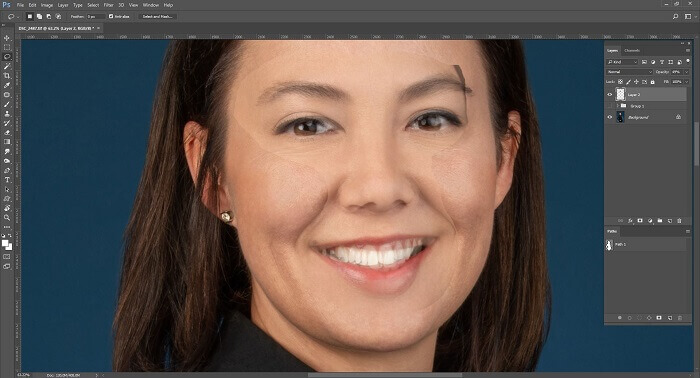 Read also: How to Quickly and Easily Remove a Background in Photoshop 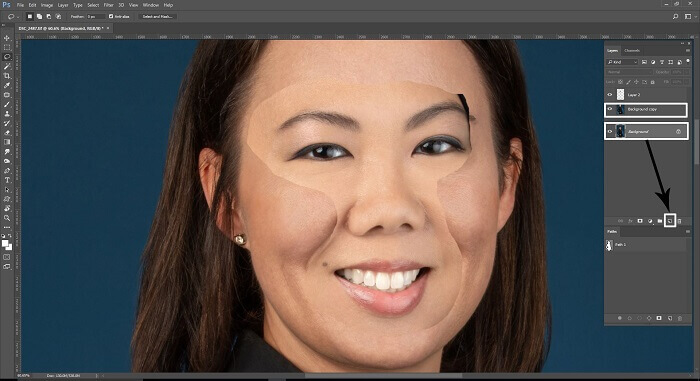 Now a new background Layer is created. Now we will select Layer 2 that means support layer and background copy layer together and click Edit> Auto Blend Layers from Photoshop Menu Bar then a dialogue box will appear from there we have to select panorama after that two layers will automatically blend together and it will create a unique face. 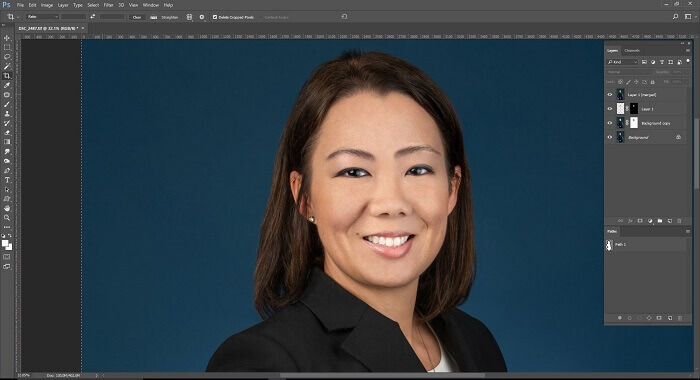 Finally we can say that face swap is an interesting task but before doing this we have to maintain some principles and ethics. We have to keep in mind that no one should be socially harmed for this act. But if this task is used for any imperfection of the image then it will be not against any ethics. 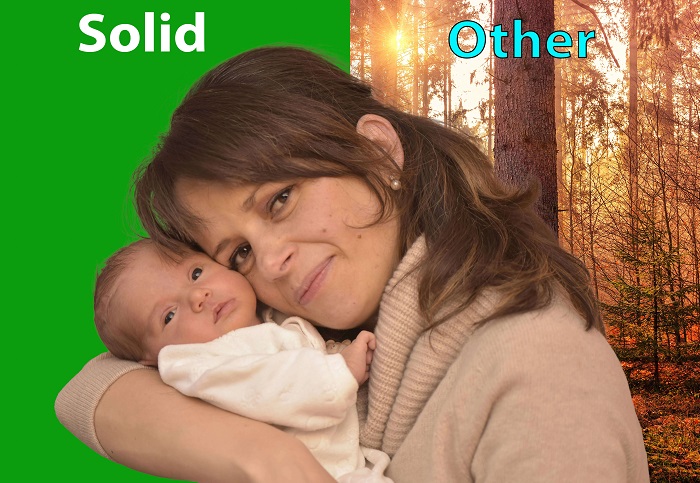